Update 29/11/2020: Looks like the newest version of Apple Configurator adds a quarantine attribute. You can remove this by doing the following in the terminal xattr -cr "path_to_your.ipa"

One of the newest features of the Apple Silicon based Macs is the option to run iOS apps. In theory this brings hundreds of thousands of apps to the Mac Platform. You can get these Apps in the Mac App Store and developers can opt out of it if they want to. This can be for numerous reasons.

Traditionally on a computer this wouldn’t stop anyone, ‘it’s mine, so I can run whatever I want’. That’s really not the case anymore though. Often these are apps tied to your Apple ID, that are protected by some form of copy protection and we wouldn’t want to support breaking that.

Here’s the thing though, those apps are already running on your phone, you downloaded them at some point, so I guess you could drag and drop them to your computer and install them right? They’ve been tied to your Apple ID so it should be okay!

Well yes, they are, and yes, you are able to run them. But getting access to an IPA file is a lot harder than it used to be. Older users might remember that apps used to be able to be managed in iTunes. You’d download App updates there, and if you wanted to roll back to an older version you’d just have to go in to Time Machine to find an old back up.

Well with every generation of iTunes, and now the Music app those options have been stripped. The only way to get to your IPA is to make a backup of your device, extract that backup and find the ipa using some tool like iMazing.

Well there is one other way, that I’ve found way easier and faster, even if it involves a few steps. It’s using Apple Configurator 2!

So a few things first: - Make sure you are signed in to the same Apple ID in the Mac App Store and on your iOS device - Make sure you’ve purchased the app you are trying to install on your Mac.

1) Download the Apple Configurator tool on your Mac! You can find it in the Mac App Store.

4) You’ll be presented with a list of apps that you have bought in the past on the App Store, you can search for them using the search box. For this example I’m using Overcast, my podcast player of choice, and also available in the Mac App Store in the normal way.

5) Press add, and wait. The tool will start downloading the selected application from Apple’s servers. Once it’s done it will throw a popup saying the app is already installed and if you want to replace it. Let’s ignore this for now.

In here you’ll find some sub folders with a GUID naming where eventually you’ll find the IPA you are looking for.

8) Double click the IPA. After which your Application folder will open and you can run the app.

Is it worth it?

Probably not. There’s been enough said all over the place that iOS apps on the Mac are at best an ‘okay’ experience, and at worst a dumpster fire. Doesn’t mean it stil isn’t fun to try ;-) 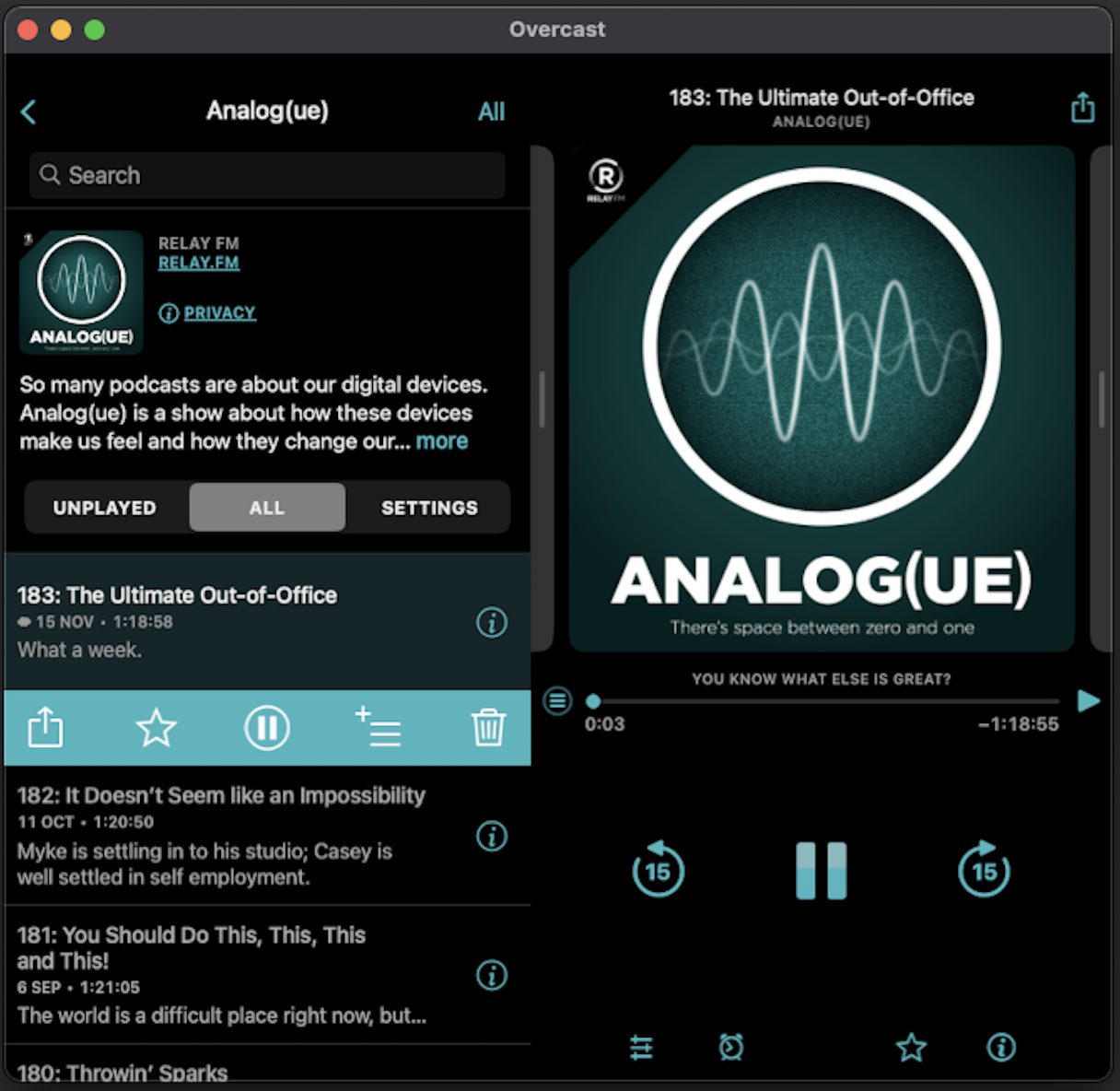